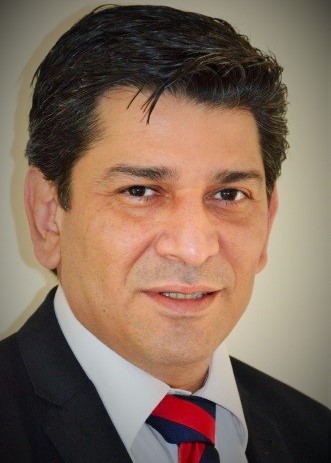 Mr Alam completed his undergraduate and post graduate dental training (Periodotology) in 1996, he then pursued his career in Oral and Maxillofacial Surgery

In 2002 he obtained his medical degree from Leeds School of Medicine. He then successfully gained entry to Yorkshire School of Surgery, where he completed his post graduate surgical training in Orthopaedics, General Surgery and Plastic Surgery before entering higher surgical training programme in Oral and Maxillofacial Surgery.

Peyman completed training in Oral & Maxillofacial Surgery in 2010 in North West of England. His keen interest and passion for management of patients with head and neck cancer, encouraged him to apply for Advanced Head & Neck Surgical Oncology Training Fellowship through national selection by the UK Joint Committee for Higher Surgical Training. He successfully completed his fellowship in the internationally renowned Queen Victoria Hospital, East Grinstead.

In order to widen his extensive skills, he gained further training in Thyroid Surgery under supervision of a well-known ENT surgeon, whilst taking an appointment as an honorary fellow in Otolaryngology in Maidstone Hospital, Kent. This enabled him to be an Oral & Maxillofacial Surgeon who holds full membership with the British Association of Endocrine and Thyroid Surgeons .

Mr Alam is currently a Consultant Maxillofacial/Head & Neck Surgeon at St Richards Foundation Trust, Chichester and the Lead Clinician for the Head and Neck Oncology as well as Thyroid and Parathyroid surgery, coordinating and delivering the service for patients in West Sussex.

Peyman lives in West Sussex with his wife and children. He enjoys mountain biking and tennis and plays guitar for relaxation. He is also a keen cook who likes to try food from different parts of the world.

.    Fellow of the Royal College of Surgeons of England